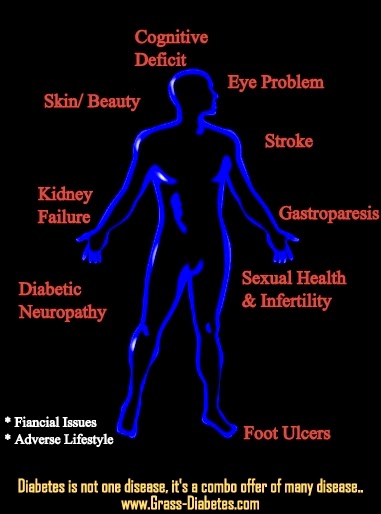 Diabetes - Shall we term it as disease or not?

Recently, there was a big debate on whether obesity should be termed as disease or not. What is your opinion?

Let me throw some more light on it when you term obesity as a disease: Of course there are many a people who are affected by obesity as a disease due to their genes; these set of people would have tried various diet and exercise regimes but either over time either because of their fault or not they wouldn’t have been able to control their obesity, leaving these people apart the truth is there are many a people who have had and still are acquiring obesity due to their lifestyle habits. The lifestyle habits simply include lack of exercise, indiscreet eating habits, eating wrong food at wrong timings, and not adopting the basic principles of maintaining a healthy lifestyle is often the root cause of getting obese. For the latter scenario, when you term obesity as disease the general perception will become more easy going on not giving due focus on maintaining a good health to avoid obesity. IT IS EASY TO JUST TERM YOUR LAZINESS AS A DISEASE AND LATER SEEK MEDICAL REMEDIES OF GETTING RID OF THIS OBESITY AS DISEASE.

All right, so the point we are trying to make is whether or not call Type 2 Diabetes as a disease or not. Hypothetically and broadly speaking, one basic reason for not terming it as ‘disease’ is the major cause of Type 2 diabetes: LIFESTYLE - which can be controlled and possibly be avoided. Well, your genes also play a major role in deciding whether or not you may get Type 2 diabetes, but again this can be avoided now. With the latest advancements in technology and decades of research, the team of GRASS DIABETES (which consists of experienced medical practitioners, research scholars & academicians in medicine field, and computer engineers) has now developed a break-through technology where you can get to know:


All you have to do is login at www.grass-diabetes.com and know how to prevent diabetes as per your risk.

But wait, we have more to tell you this week. Generally, we talk about GRASS DIABETES’s advantages and give the web-link of our website at the end or article, but not today. Today, we started with a discussion whether we should call diabetes as a disease or not? The fact is, the moment we start calling a particular physical or medical condition as disease, our sub-conscious mind instantly starts treating that condition as something which can’t be avoided or will need only medical supervision.

Diabetes is a condition which on its own doesn’t affects much but it has so much of adverse effects on our other body parts that it becomes hard to cope with it without expert opinion of medical practitioners. If you are regularly following our blogs you would have understood that there is no treatment or medicine for diabetes. You can only work to control it but once you acquire diabetes you will have to live with it lifelong.

DIABETES is NOT ONE DISEASE,

IT IS A COMBO OFFER OF MANY DISEASES...

Below, we have tried to list as many adverse and ill effects of diabetes and the medical conditions associated with it, you can avoid diabetes, but for the conditions below, you will certainly need medical supervision:

GRASS-DIABETES’s Suggestion: MEET YOUR DOCTOR AT ONCE FOR PROPER DIAGNOSING THROUGH BLOOD TESTS.

GRASS-DIABETES’s Suggestion: MEET YOUR DOCTOR AT ONCE FOR PROPER DIAGNOSING THROUGH BLOOD TESTS.

HEART DISEASE: One of the serious long term complications of diabetes results in heart ailments and most of the time makes heart condition severe for carrying out proper treatment. Diabetes has ill potential of almost doubling the risk of cardiovascular disease.

FOOT ULCERS: Diabetic Foot Ulcer is a major complication of diabetes mellitus. In adverse condition it may lead to leg amputations too. Diabetic Mellitus is a metabolic disorder that obstructs the normal steps of wound healing process.

KIDNEY FAILURE: Chronic Kidney Disease (CKD) is diagnosed as a result of screening of people known to be at risk of kidney problems, such as those with high blood pressure or diabetes. The symptoms of worsening kidney function are non-specific, and might include feeling generally unwell and experiencing a reduced appetite.

EYE PROBLEM: Medically termed as Diabetic Retinopathy is caused by complication of diabetes, which can ultimately lead to blindness.  This retinal disease is observed in almost 80% of patients who have been suffering from diabetes for over 10 years. The worst part is diabetic retinopathy has no early indicators.

DIABETIC NEUROPATHY (NERVE DAMAGE): Damage to nerves is the most common complication of diabetes. This condition is due to micro-vascular injury involving small blood vessels that supply nerves. Muscle pain is a symptom which is largely associated due this, which mostly happens in middle-aged males with Type 2 diabetes.

COGNITIVE DEFICIT (MENTAL ISSUES): Cognitive Deficit is a term used medically to describe any characteristics or traits that acts as a barrier to the development of mental growth affecting thought process and/or normal intellect of an individual. There are affirmative proofs linking cognitive deficit to diabetes.

GASTROPARESIS: Gastroparesis is a disorder affecting type 1 and type 2 diabetics alike. It is a medical situation where your stomach will take too long to empty its contents. Diabetes affects vagus nerves (the nerve which controls the movement of food through the digestive tract) due to high blood sugar levels for a long period of time. The prolonged high blood glucose causes chemical changes in these nerves and damages the blood vessels which carry oxygen and nutrients to the nerves.

SEXUAL HEALTH: Men with diabetes are bound to develop erectile dysfunction and women with diabetes suffer few or no sexual side effects. Both men and women suffering from diabetes are affected by sexual issues due to diabetes. The most common sexuality issue in patient of type 2 diabetes is decrease in libido, or loss of sex drive and which physiologically includes lack of energy, tiredness, stress and anxiety, depression, and hormonal changes due to varying blood sugar levels.

INFERTILITY: Diabetes generally has an indirect role in infertility. Conception requires specific timing, eggs being released, sperm being hard enough to penetrate, and your body being friendly to nurturing for the next forty or so weeks, if something in your chemistry isn’t exactly right, you may have a tougher time breeding. Crudely saying, the poor glucose control as associated with diabetes creates a situation where someone might not get pregnant because the body doesn’t view that condition as appropriate for becoming pregnant.

FINANCIAL ISSUES: Diabetes comes free but takes a lot of money in its treatment (mind you even the money can’t buy the treatment, it can only control). Well, there are direct costs, indirect costs, and a lot of intangible costs involved in diabetes. We don’t have to say much, read our e-book on cost of diabetes


WANT TO HEAR THE SAME OLD BUT REALLY A GOOD NEWS? 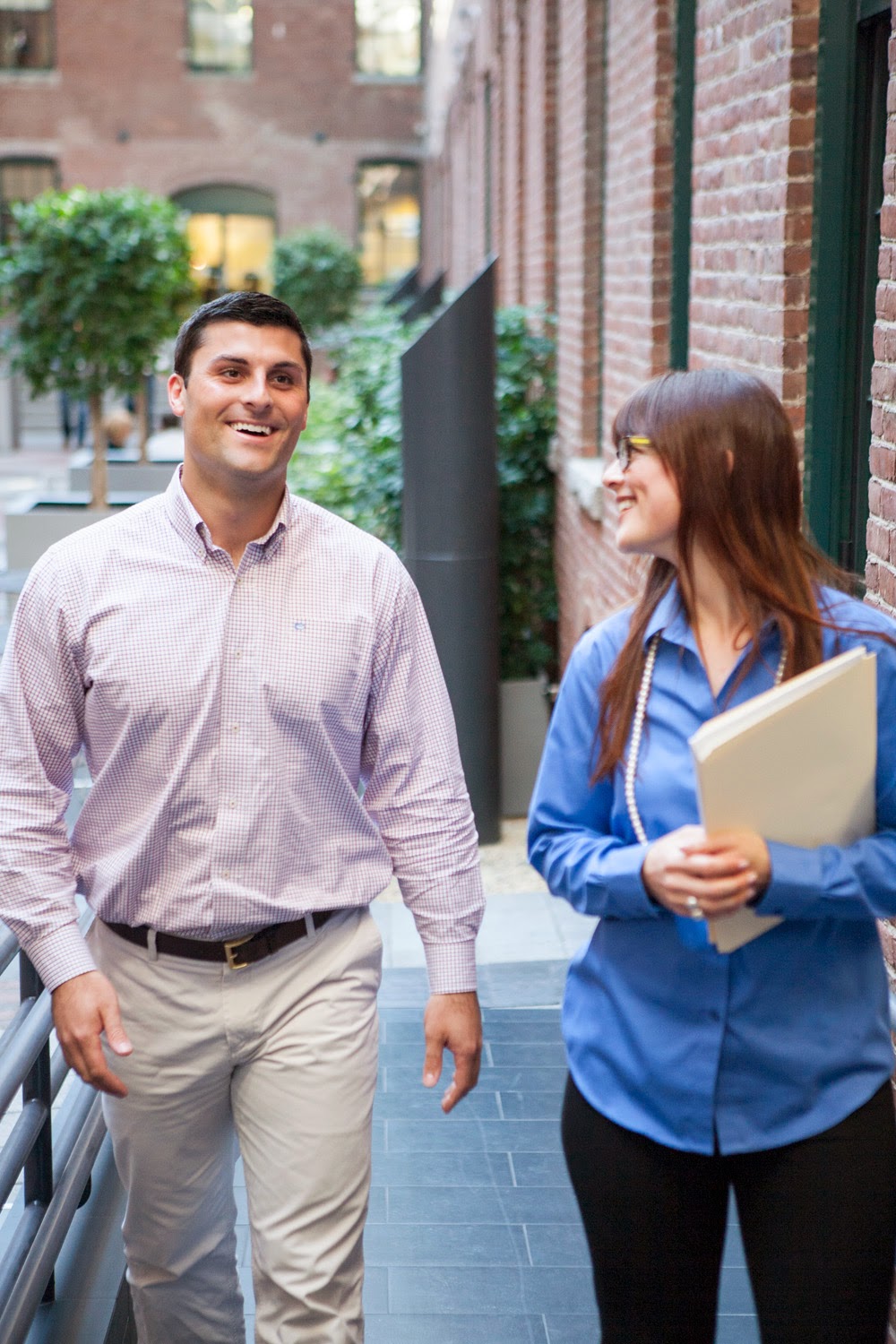 It is true that diabetes increases your risk for many serious health problems, but well, with the correct treatment and recommended lifestyle changes, many people with diabetes are able to prevent or delay the onset of complications. Our broader suggestion is stop thinking of diabetes as a disease which you could get acquired and get treated too, like you do so with flu, common cold, fever, or major diseases such as AIDS and so on... In diabetes, if you act fast and act smart there are high probability that you can avoid diabetes.

Write to me for any of your doubts, fears and/or worries on diabetes.