The How Factor - For Prevention of Diabetes 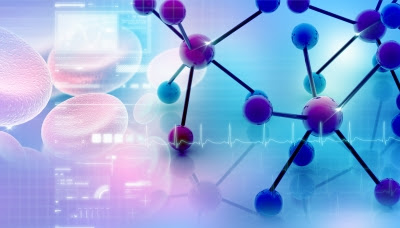 In 2003, I attended an International conference on Diabetes conducted by RSSDI in Hilton Tower, Mumbai. Many endocrinologist, managing Director of diabetic centers, senior trend setter diabetologist’s / doctors were their, many papers were read in Maharani hall on different aspect of diabetes. But my attention was especially caught, when a Japanese doctor stressed on ‘Poor compliance of medication, diet and exercise in Diabetes’. I think it was the relevant title for doctors as well as diabetic patient.
During lunch brake, I asked one of my known colleague, do you think these research papers (expect poor compliance), as presented, are they really useful, and how will they benefit, both, doctors and diabetic patients respectively, and why we all should not think from grass route level?
When I reached my home town thinking repeatedly, how we can do this? How we can make general people get aware of the risk of diabetes, because less awareness is the main cause, which creates myths about diabetes. So patients can’t differentiate between control and cure, start self medication, use non scrutinized herbal preparations and many other.
Then, I surfed about international efforts (including WHO, IDF, American Diabetic Association) about awareness and found not only in Asian countries, but developed countries also have same problem. Its solutions are not effectively working, in Asian countries where diabetics are going to be epidemic, intensive efforts are required, where work are still on paper only.
Sincere efforts on mass levels are required by the government health departments, diabetic hospitals, medical institute and pharmaceutical companies. Otherwise increasing number of diabetics will make a pressure on our public and private hospitals after 2015, and our infrastructure may be insufficient, this patient pressure can be realized in metro cities.
But how it can, is the big question? Then, I read a statement central Government of India in national news paper. Now, blood Sugar (Fasting & PP) and blood pressure checkups will be mandatory of all Indian after the age of 40 years in all national government hospitals. Two impression comes in my mind -

It is not a easy exercise, due to various reasons.

I reviewed my interactions with patients, and what type of problems I face in my clinical practice, are undermentioned –


So, in my opinion awareness is only one solution, which will cover all aspect of diabetes and our focus on the same only.
I knew when this article will be read by my colleagues, some of them may raise their brows and some may criticize. But, I will request all of them, it is just a preliminary thought, and a beginning. The organized database of diabetic patients are hidden in ‘How Factor’.

Where I should start and what should I ask? Then decide following points to discus (with colleagues, diabetic centers, hospitals, head of pharmaceutical companies and many others) -


The real issue is not having to measure – but, ‘how much’ is important in any effort because real need is, in 21st century non communicable diseases are shifting to ‘how’ and achieve the ‘how much’ as an outcome of getting how’s right for awareness.

Today health institution and organisations of public or private sector have realized the need to bring in effectiveness along with efficiency. It makes it imperative for us to drive the how to prevent diabetes (and other non communicable diseases), because its growing like epidemic, and our infrastructure and supply of related medication (Insulin or OHGA) will be insufficient respectively very shortly. Then what will be the solution, may embarrass any concerning doctor.
Thus manifesting high trust environment in private or public institutions. Where decision are made on beginning of awareness, and awareness methodologies based on asset of core value. Health institutions think, they can do longer or can no longer operate in 21st century world or efforts using in 20th century only paper or government ordinance thinking of prevention or push-back diabetes.
Medical fraternity, Pharmaceutical companies and central government should realizing the value of forgiving a deep connection with diabetic prone society, through a large purpose-inspired mission, this trigger sustain innovation to prevent, those have family history of diabetes. But again is the time to review the approach of conferences and govt polices. Because till date no result oriented polices benefits reached to the general public, due to miss management.
So, what else can other NGO do in order to keep their focus, so that organisation and patients both will be benefited . We should stress that the key is to find the balance between the two.
“The How” to provide a path, but you need to have milestones (how much to assess) approaches to make awareness and to make comprehensive data base(You will be surprised to know that no data bank of diabetic patients are available in Asian countries). Then I am sure we will start moving in the right direction. Because there is always a tendency for the how much to take precedence over How. However, a lot of performance and measures, but also the behavioral aspect will open the door of success.
Though the shift of ‘how much’ to ‘how’ has been very recent, it is certainly gaining ground. Singhal Diabetic Clinic (SDC) pointed out the shift is a path of self motivation as doctor to a common man on quality of life and prevention from diabetes especially when any family member is diabetic. SDC has started a step to towards awareness through www.Grass-Diabetes.com.
I appeal to all my colleagues, diabetic parents to please sign-up at Grass-diabetes.com to prevent Diabetes. We don’t need any donation but just your cooperation to prevent this disease.