WAS LORD GANESHA DIABETIC?
Yes/ May Be. 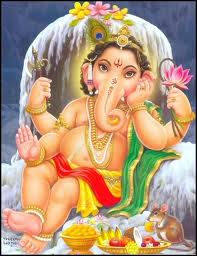 There is no word or method which can determine the boundaries to which lord Ganesha is respected in the Hindu community worldwide. He is a total GOD-CELEBRITY in the context that the Ganesha-festival celebrated on Ganesha Chaturthi is one of the largest festivals celebrated across the world with great zeal and devotion.

His spectacular appearance with the head of an elephant and the trunk and limbs of a human being remind us of the miraculous story when his father, LORD SHIVA (called the destroyer in the Hindu mythology) transplants an elephants’ head on the body of his son to make him alive on the request of his wife Goddess PARVATI.

Medically speaking, such transplants are still beyond the reach of present highly advanced medical science, but at the same time tells us about the difference between man and god i.e. the possible and impossible; the scientific and miraculous aspects of human existence.

On the first look at the God as a medical practitioner, what you see is the huge pot belly indicating a central obesity with short stature indicating high BMI. Further readings into the life of the “God Celebrity” tells us that he led a sedentary lifestyle (ref. lord Karthikeya-the elder brother of lord Ganesha and the running around the earth story—read Hindu mythology) with mythological readings also suggesting that he had a sweet tooth with special cravings for an Indian sweet called “Laddoo” (modak). Looking at the complete lifestyle one can easily gather the information that lord Ganesha had the triad of all the important risk factors that preclude the development of the non-communicable pandemic called Diabetes (called as Madhu-Prameha – in which large quantities of urine is passed) in his adolescence. However, any reference concluding firmly over the diabetic status of lord Ganesha is non-existent to our knowledge.

Another reason that has been cited as a theoretical possibility is that the elephant’s head transplanted to him might have had an anatomically larger pituitary gland, thereby releasing large amounts of ACTH and GROWTH HORMONE, excess of both of which may have led to increased cholesterol (body’s natural steroid) and somatomedines (insulin like growth factors developing in the liver due to growth hormone) respectively, which have been medically proved to be a precursor of diabetes.

It can be explained as under-

Bhoot Ganadi Sevitam- Two meanings of this can be derived – The first is - worshiped by the existing beings, of all living beings, and the second is – Oh Lord, Please consume the “herbs of bhoot-aghna group”!

According to Ayurvedic literature these herbs have been found Anti microbial, Analgesic, Wound healing properties and have individual pharmacological and also synergistic functions regulating the central nervous system with antioxidant properties, and may also play an important role to reduce the gap between animal and human post-transplant physiology (subject to research)

“Kapitha jambu fal-charu bhakshanam”- meaning the fruit of Kapitha(Limonia Acidissima), Jamun (Sizygium Cumini) and Charu (dubra grass, Cynodon Dactylon ) all have to be consumed.
Ancient Ayurvedic literature suggests that all these are astringent, anti-diuretic (to control polyuria), with hypoglycaemic properties and also significant immune- modulatory, antioxidant and fertility increasing properties.
“Uma sut shoka vinashkarakam”- Two interpretations of this are-
“Namami vigneshwaram pad pankajam”- Vigneshwara (synonymous with lord Ganesha) we bow to thy feet. However the story of his illness doesn't finish here! It is believed that lord Ganesha continued to have problems related to his illness and the above prescribed herbal medications weren't enough to give a permanent solution to his problems.

So then again, Goddess Parvati requested Lord Shiva to treat lord Ganesha mentioning that the earlier treatment was unsuccessful in treating him. Ancient literature suggests that hearing this, lord Shiva then designed “Shiva Gutika” a herbo-mineral drug aimed to treat the disease of his younger son Lord Ganesha (elder son – lord Karthikeya-read Hindu mythology) and stated that after consuming this drug, Lord Ganesha shall be cured.

However, any further references stating the health conditions after the consumption of this drug have not been found by us. But we believe that lord Ganesha might have developed diabetes mellitus/pre-diabetic glucosuria for which he was prescribed the aforementioned medications.

–
Compiled & Written by medical researchers at GRASS Diabetes
Posted by GRASS DIABETES at 09:59