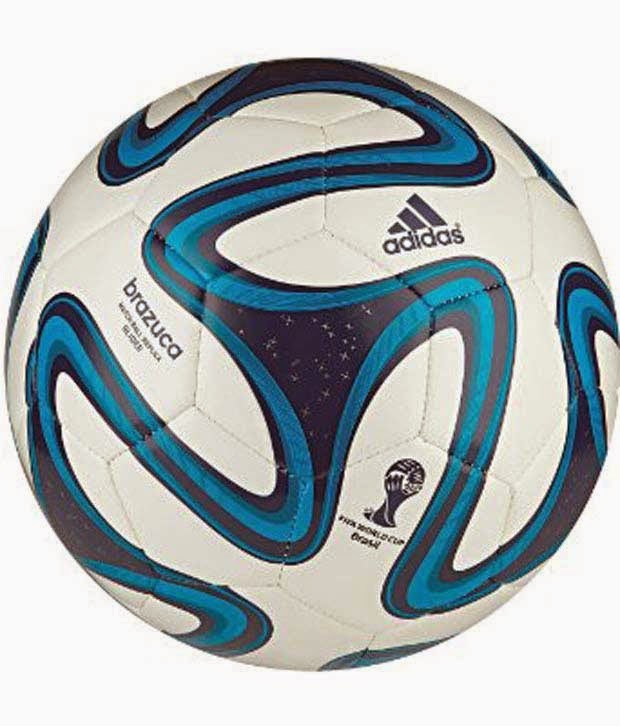 The fever of FIFA World Cup has started receding. For last one month or so, switch on the television, log-in to Facebook, or read your timeline on Twitter, even the advertisements from multi-national brands were revolving around a single theme and echoed the same mantra. A mantra which witnessed one of the biggest carnivals in the World - The #FIFAWorldCup2014

Spending Million and Billion dollars of money in organizing such sporting extravaganza, what could be the purpose of it? A country might lose or win. There are many countries who knew that they may not even reach the top 16 in group matches too, but still they came with all fanfare and enthusiasm. There governments have supported the teams but more than that the individuals had zeal to PLAY. Everyone eyes to win but more than that, it’s the dedication of playing at their best by each player is what matters. Ofcourse losing and winning the matches does matters but what matters most is I believe has been achieved. What it could be?

Well, in this modern technological way of living a life where all comforts of life are achieved by either pressing a button or just swiping on your smart phones. The most important part of organizing the World Cup or any kind of sporting event is to promote SPORTS in a country, to promote sports in people’s lives so that people can come outdoors and play. I believe that this “Promoting Sports” is the purpose which is largely achieved. Even in India, where our team’s world ranking is 160+ you can see the growing enthusiasm towards this sport too. Footballs are being purchased, children are playing with it and dreaming to replicate their international favorite players be it Mario from Germany, #Messi from Argentina or #Neymar from Brazil or many-many others.

A Government promoting outdoor sports in its country by ensuring quality infrastructure and organizing national level competitions ensures the health of future of a country. As it is said, “all work and no play makes Jack a dull boy”.

Participating in sports ensures the overall wellbeing of a child. Lack of outdoor play also is like a health time bomb for children. The absence of suitable outdoor play opportunities as provided to children and young people alike, is like a physical and mental illness time bomb which is likely to explode. If a government tries to cut or limit its expenditure on outdoor spaces, they are directly pushing society towards physical idleness. Lack of sports is making obesity to spread like an epidemic. As compared to our olden days, we can see much younger people are now facing heart problems, diabetes and other related diseases because of their inactive lifestyles. The health risks are getting so high that it puts those young children at high risk category resulting in premature death. 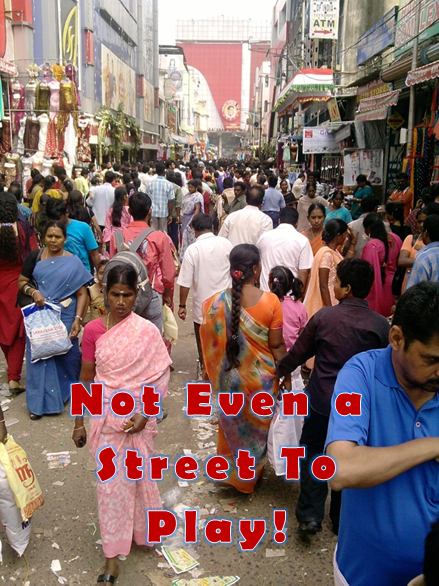 There were times when we as a child used to play on the streets too, the streets around us recognized us but I’m sure hypothetically nowadays even streets would also be missing those times. Most of the roads these days are either full of traffic and streets are parked with vehicles leaving no space for children to run around and just play. Local municipal corporations are equally denying the opportunities for children to play outdoors by not allocating sufficient parks or sports ground. These corporations and town developing authorities are selling or leasing away the scarcest amount of land pockets to builders or renting the spaces for organizing commercial activities such as organizing marriages. Don’t you think it is criminal for denying our future generations to have open spaces where they can just play?

Ask any child about outdoor play and he will get excited but will equally be dissatisfied with available outdoor environments which make them prefer spending time indoors in unhealthy activities of playing video based games, surfing on internet or just being a couch potato in front of television. An increase in lifestyle disorders like diabetes is natural in these circumstances, and it is just the start, wait till diabetes leads to many other damaging diseases as we had covered earlier in our blog.

So, how long with you allow this to happen? How long our children will be denied their basic right of playing freely in their outdoor environments? Now is the time to act, request government authorities and concerned stakeholders to provide urban spaces which will help in tackling childhood obesity. Remember, open spaces are cost effective than indoor fitness centers and also benefits the wider range of people. Children can be safeguarded from ill-effects of Type 2 Diabetes which is a huge financial burden for not only the parents but also for complete system including government.

Several researches have shown that that there is an increase in incidences of type 2 diabetes among children in last few years. The most likely reasons are obesity either in young age or even obesity during pregnancy. It is being predicted that diabetes will be a major health care problem over the next two decades. There is a need to pay more attention to the prevention of diabetes.

Lack of play could lead to anti-social behavior, obesity, depression and mental health issues in a child's later life. Playing is a natural part of children’s lives which helps them to grow and develop the skills they need in their future life. Not giving our children the required time to play could lead to developing a generation of sedentary children, lacking in creativity and imagination.

We at Grass-Diabetes are always towards prevention of diabetes. When sports like Football or Cricket World Cup or Olympics or Commonwealth games are organized, players are provided with support and infrastructure to perform their best and when those same players are rewarded upon achieving milestones by the same government authorities, remember, that the government is not only rewarding those players but are actually inspiring young children to come out and play. Support your younger ones to play. Tell them to break from their mundane life, tell them to switch off those televisions, those laptops, those video games and actively take part in any sport of their like. Let them make it a habit.

Remember, prevention is the only way to avoid diabetes.

Write to me for any of your doubts, fears and/or worries on diabetes.