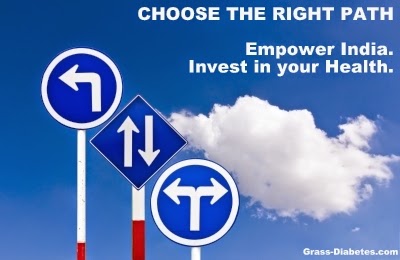 Look around the development around you. Every morning it looks as if people are running for achievements. Today, Prime Minister of India gives a speech standing at Red Fort in New Delhi on not only about the impressive growth strategy he has planned but also pushing each and every citizen of India to be prepared for taking India on next strategy of development. He neither misses the opportunity to address basic issues like women empowerment, gender equality (instead of only asking girl start asking about your boy child how he spends his time out of home), and construction of toilets in each household. Investing in health is a paramount concern if you wish to see India as a superpower.

So what do you think, in addition to a growing Gross Domestic Product index of a country will make a country more productive?

I’m referring to a recent article I’ve read of Bill Gates published in The Times of India newspaper which showcased the idea of a prosperous nation can’t be achieved unless the people of that country are healthy. The article also mentioned about a report from global commission of leading economists that there exists a strong connection between national prosperity and health. The report stated that about 11% of the economic growth in low- and middle-income countries over the past generation resulted just from reductions in adult mortality rate. You can read the full article here.

India despite having a steady growth in prosperity has simultaneously not been able to control the malnutrition among its poor citizens. Though, the article praises India’s remarkable effort in eradicating polio and improvement in child mortality. It is not that all the health related issues are only concerned to poor, there are also lifestyle related diseases which need to be skilfully measured and then efforts will be required to control it.

The way India has gained momentum in IT sector and entrepreneurial spirit, our country is definitely flourishing and if we channel our thoughts in further constructing this country, it is poised to be the next super power, but unfortunately the lifestyle diseases where India has shown a boom is - DIABETES. Type 2 diabetes which is more of a lifestyle related disease has penetrated the middles class, upper middle class and also the rich Indians. Experts predict that India is going to be the diabetes capital of the world, with 80% of all Diabetics living in here in the next 10 years.

We can't say if this growth in number of diabetic population is just because of a statistics considering how vast our population is, or because there exists really that many diabetes patients in India as compared to other countries - the fact of the matter is that it's a bad situation to be in.

Diabetes today is not a rare condition, in fact it's one of the most common one. Almost all of us know at least one person who has to live with diabetes. Many of you would have heard about young teenagers and also those who have recently joined the working population and have started earning have acquired diabetes, all of them now have to manage with this dreaded disease now forever. We don't know why there is such an increase in numbers, it could be because of our changed lifestyles over the last few decades - Our food habits have changed and we have gotten sedentary over these years.

India still doesn’t have an effective primary and secondary healthcare system which can screen and help to prevent the onslaught of diseases like diabetes. Most of the primary healthcare systems are private and the limited numbers of government hospitals are not attractive to people even in severe diseases leave alone going there for basic health screenings. The treatment and profiling for basic health issues are done at vast numbers of private medical centres which are costly and thus are avoided by most of the middle income generating population unless the disease has shown its symptoms.

In the absence of supportive healthcare system in diagnosing the onslaught of any lifestyle disease like diabetes the only and best alternative which is left available to most of the population is AWARENESS.

Sadly, as we have always been writing, diabetes is a preventable disease; it is not curable but is definitely manageable in most cases. And before we deal with the prevention and management we need to spread awareness about Diabetes.

Grass-Diabetes.com helps you to be aware about Risks of Type 2 Diabetes through a customized risk report like this: 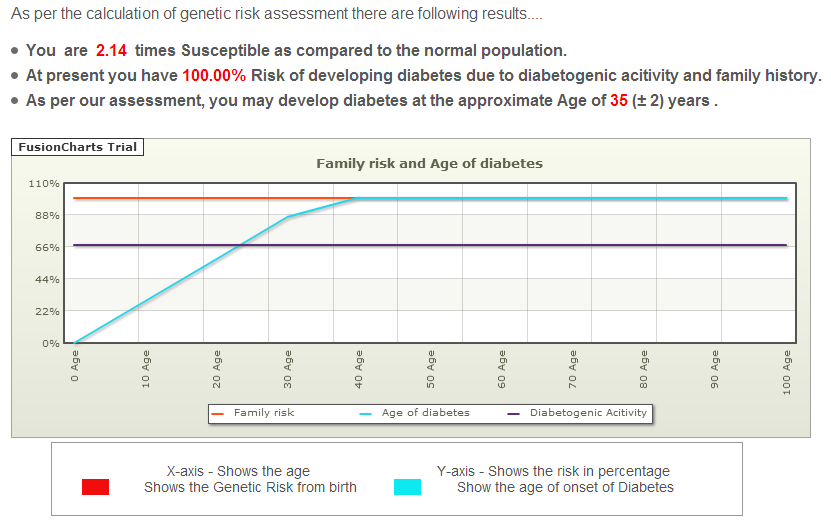 
Grass-Diabetes.com also gives you simple Preventive Methods as per your custom made risk report on prevent or push back the onslaught of Type 2 Diabetes.

Step 2: Fill an easy objective type form which asks details of your current Health - Status, Family History of Diabetes and Your Lifestyle routine

Step 3: Submit the Form and instantly Your Type 2 Diabetes Risk Report will be ready

You can also get simple preventive methods to avoid diabetes or push back the onslaught of diabetes.

Anyways, coming back to our topic, empowering India by investing in health, all I have to say is if you keep yourself aware of the possible disease to you and take preventive actions to avoid it, you can be much effective in contributing in the growth of India.

A Healthy India is a Growing India.